Fighting for Mobility Through Physical Therapy: A Patient’s MS Story

Fighting for Mobility Through Physical Therapy: A Patient’s MS Story

Multiple sclerosis (MS) can be unpredictable, disrupting the central nervous system in ways we don’t yet understand. Physical therapy is a key treatment for people living with MS.

Paul Y., a patient at Ability Rehabilitation, lives with MS and knows physical therapy well, after having battled multiple sclerosis for the past 31 years. He says, “I went to two or three other physical therapists before, and it just seemed like we went through the motions.” However, his experience at Ability Rehabilitation has been quite different.

MS is a progressive disease that impacts the brain and spinal cord, which are part of the body’s central nervous system. The disease can impact literally everything you do each day, making all aspects of life from walking to completing daily tasks more challenging.

If you’re living with MS, your immune system gradually eats away at the nerves that perform normal functions. You experience unpredictable symptoms during this process, which may include:

These symptoms can come and go over time, worsen, or even go into remission. Everyone’s experience with the disease is different, so treatments must be individualized. Paul says, “In the case of MS, you can have 10 different people with MS and you’ll have 10 different results.”

Paul was diagnosed with MS in 1991. He knows firsthand how the disease can gradually chip away at your normal life. He is not alone, while we know MS isn’t inherited, there are certain things that experts have identified that may trigger the illness.

We don’t yet know what causes MS. However, we do know that something triggers the body’s own immune system to attack the brain and spinal cord. In normal circumstances, a person can move their body without much active thought. This process is interrupted in a body plagued by MS.

Most people are diagnosed with the disease between the ages of 20 and 50. However, MS can occur in young children and older adults. MS is three times more common in women than in men and the disease can occur in any ethnic background, although it appears more commonly in Caucasians of northern European descent.

How Is MS Treated?

Unfortunately, there is no cure for MS. Treatments focus on slowing the progression of the disease and on helping patients like Paul retain mobility and a higher quality of life while living with MS. Typical treatments for MS include:

Sean Colman, PTA, CMPT, and clinic director at Ability Rehabilitation’s Sanford, Florida location, works one-on-one with Paul and other patients with a variety of conditions. In Paul’s case, Sean says, “It’s been about a two-year journey. The first initial year that we worked together it was kind of building strength. It was—how can we get you strong enough to do the stuff that you need to do safely?”

How Effective Is Physical Therapy for MS Patients? 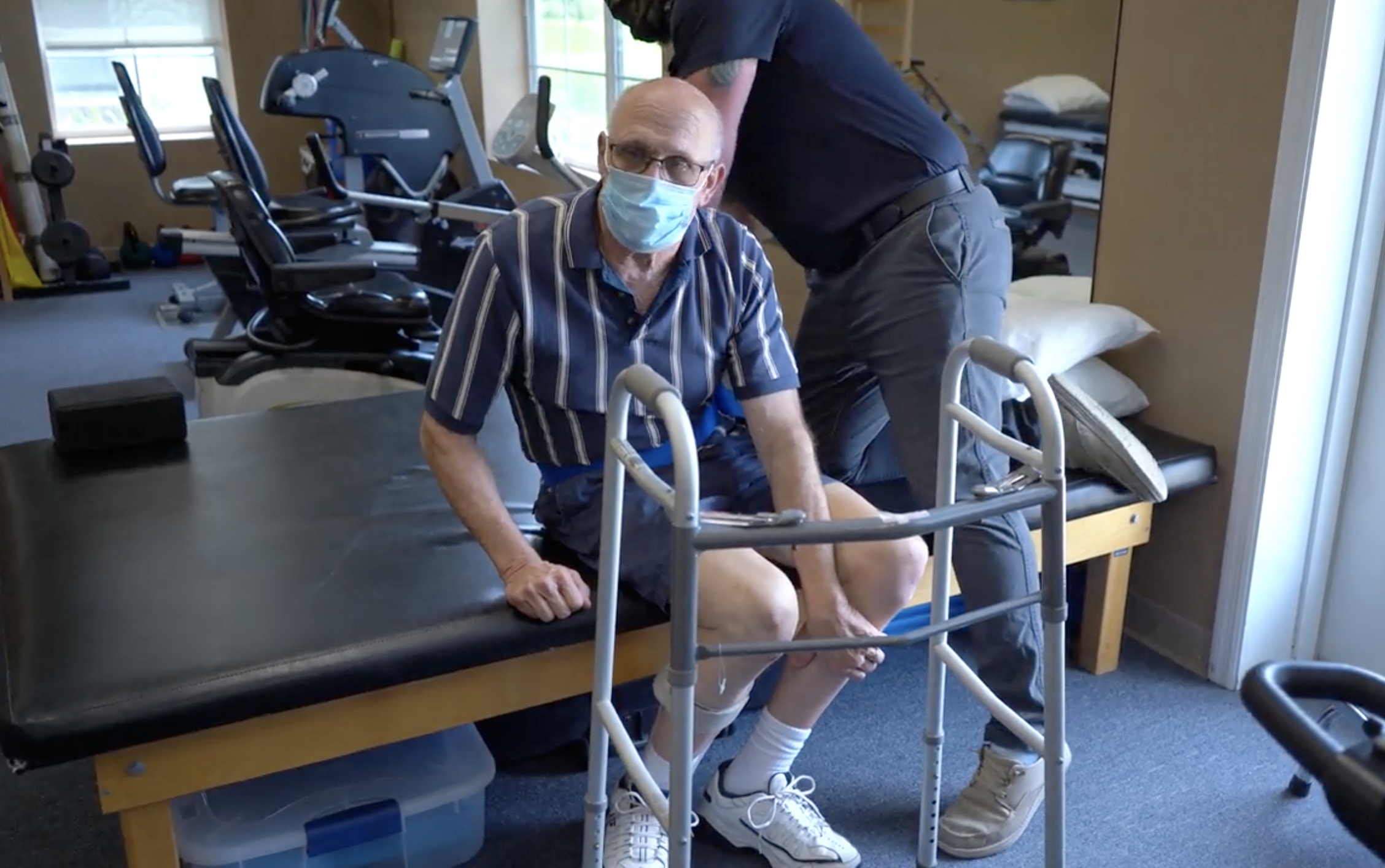 Paul is living proof that physical therapy can help MS patients. He says, “I can tell you right now that my mind’s been blown out of the water. They have done much more different than other places.” Paul’s treatment was highly individualized at Ability Rehabilitation. This was particularly important because of the varying nature of MS symptoms.

“We are expanding my walking to avenues I haven’t done this past decade,” Paul says. Sean agrees, and even he was surprised by how well Paul responded to his treatment. He says, “We’re even getting his quads to fire actively against gravity and resistance.”

Sean continues, “We’re doing things that I was hoping were possible, but never really had seen before. It’s been an amazing adventure. I’m looking forward to what happens as we keep going.”

If you or someone you care about has recently been diagnosed with MS, the experienced team at Ability Rehabilitation wants you to know that you are not alone. We offer treatments that can help—even if, like Paul, you’ve been living with the disease for years. Find out how we’re different. Contact us to schedule a consultation.